Dash is an open source cryptocurrency and is a form of decentralized autonomous organization run by a subset of users, called “masternodes”. It is an altcoin that was forked from the Bitcoin protocol.

The currency permits fast transactions that can be untraceable. Read DASH News below

Welcome to the Dash News page on BTC Alerts

Here you will find a wide selection of articles on DASH News sourced from some of the biggest Dash news resources such as dash.org and Dash News

Some more news from Dash.org

The South Korean arm of cryptocurrency exchange OKEX has halted, for now at least, the delisting of two privacy coins due to regulatory pressure from the Financial Action Task Force (FATF).

According to a notice from the exchange on Thursday, the planned suspension of both zcash (ZEC) and dash (DASH) support has been put under review.

– in September citing FATF’s controversial “travel rule” for crypto asset service providers, which sets out how national regulators must oversee the industry.

Under the travel rule, crypto exchanges must be able to collect and disseminate relevant information for transaction monitoring such as the name and address of the sender and recipient of virtual currencies.

Monero, horizen and super bitcoin are still being delisted from the exchange as of today, Oct. 10, OKEx said. A final decision on zcash and dash support will be announced after the compliance review.

Speaking with CoinDesk via email, Josh Swihart, VP of marketing and business development at the Electric Coin Company – the co-developer of zcash – said his firm has been working with OKEx since the September announcement.

“Zcash is entirely compatible with all FATF recommendations including the travel rule.

We’ve been working with OKEx and others in S. Korea and happy to hear that OKEx has decided to take additional time to further evaluate Zcash support based on newly available compliance information.”

Since FATF’s announcement, there has been increasing pressure for exchanges to drop support for privacy coins.

Notably, Coinbase dropped zcash from its U.K. exchange in early August. A source told CoinDesk that the move was in relation to forming a new banking relationship with ClearBank after Barclays withdrew its services from the company.

The Electric Coin Company has been actively lobbying regulators and lawmakers over its cryptocurrency, according to Swihart.

An open brief on regulation and compliance posted in September stated:

“Zcash was designed to protect consumers’ financial privacy while retaining compatibility with global AML / CFT standards, including the FATF Recommendations that were adopted in June 2019.

Importantly, the privacy provided by Zcash does not prevent regulated entities from fulfilling their regulatory obligations.” 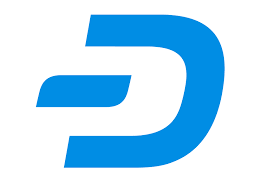 If you would like to feature an article for your company or project you can contact us and we will review your details and come back to you with more information.

Stay on top of the lates BTCAlerts news by following us on Social media for the latest updates on the latest Dash news and site announcements.

Links for BTC Alerts below, you can also join The Blockchain clothing Co’s Twitter Here

We are constantly updating our inventory so you have access to the coolest and most up to date crypto themed clothing.

If is T-Shirts, socks, sweatshirts or hoodies your looking for you will find it all a the BTC Alerts Shop